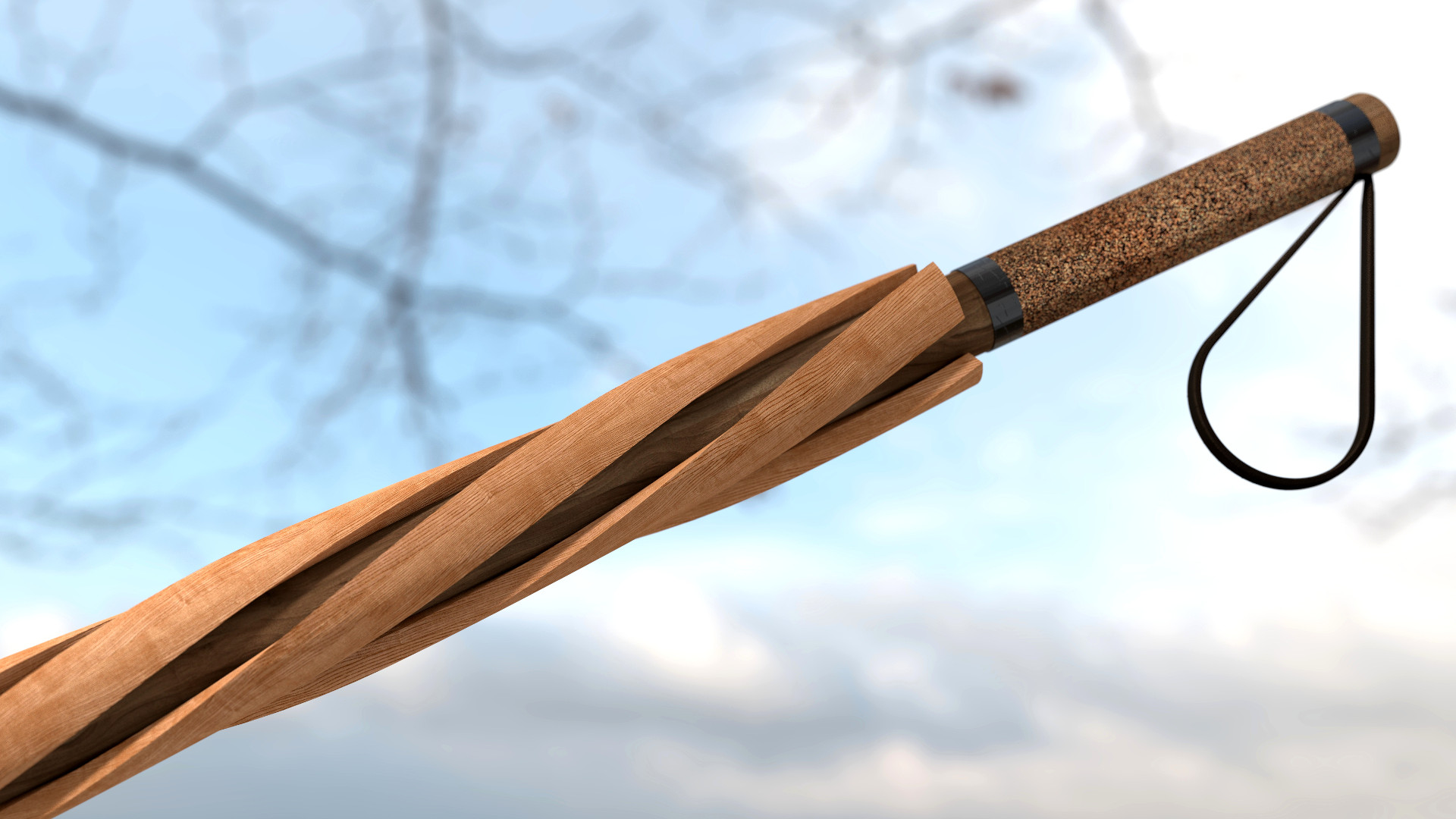 Products for a soft approach of nature, inspired by the yamatoi culture, in response to an increasingly sporty performance oriented market.

« The more we have returns of those who experience it, the more a feeling expresses itself: one can discover or rediscover a different way of approaching and experiencing nature, deeply enjoyable and rich. We can especially see, learn, feel, immerse themselves in nature, have a different practice and feel a lot of well-being, taking some distance with the constant back and forth. »

By publishing this phrase in an independent newspaper, Fredi Meignan (guardian of Promontory refuge) speaks for many hikers and travellers. While the hike was already the preferred activity of the French in 2010, it have constantly evolve. New requirements (in practice freedom and independence, at their own pace…) have given rise to new practices, often informal. Outdoor activities are increasingly conducted in a context of serenity and conviviality, yet the market for outdoor activities grows mainly in a research of athletic performance.

How, starting from an experience of reconciliation, accompanying the marchers as they rediscover nature in a soft and poetic approach ?

Walk is always among the favourite activities of French

According to the NSDC (2010 study), nearly one on two people in France practice a sport in nature. The consequence, inter alia, is a growing sensitivity of French to the environment. In 2010, the walking tour, hiking or trekking, was practised by 57% of French people aged 15 and older, or 29.8 million people. In ten years, walking is the activity that has increased the most, from 45% of the French in 2000 to 57% in 2010. 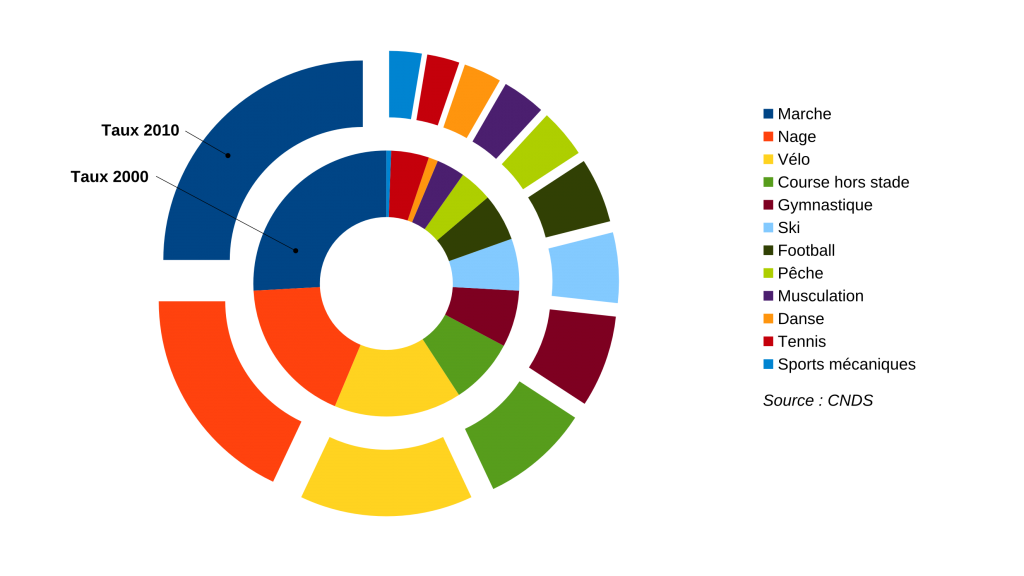 A practice more and more autonomous

The great wave of individualism did not spare sport. Today, more than one on three French practice an individual sport, against one in four in 1973; only one on fifteen practice a team sport. It can be estimated that a quarter of young people aged 14 to 17 years and half of the 18-65 play sports independently. Registration in a federation, weekly training and competition are indeed often viewed as burdens and needless stress factors by people who prefer to follow their own pace. Note also that this is not the loneliness that is sought in the sport, but freedom and autonomy, together with the sharing with people with the same interests.

Since the 1990s, sport-pleasure has gradually taken over the sport-suffering. The most common objective is not to go after ourselves, but to get good feelings. Sport is slowly becoming a mean of personal development, which concerns not only the « form » but also the background. This is why informal practices outside clubs and federations have developed.

Relation to the body turned

Recently, there has been a comeback functions a bit forgotten: the body is back as a sensor for sensory interface between the inside and the outside, between self and other. It is through him that we become aware of the world and that we can resonate with our environment. Failing to always be able to find meaning in life in general, we try to activate senses in our personal life, looking for big or small pleasures.

The sports equipment purchases are growing: 2% in value in 2011 after three years of virtual stagnation (SPF); they play a reinsurance role and especially offer signs of belonging.

In summary, the practice of outdoor activities:

Must admit that the outdoor world is dominated by a performance-oriented market. Some advertising quotes gives us a revealing vision : 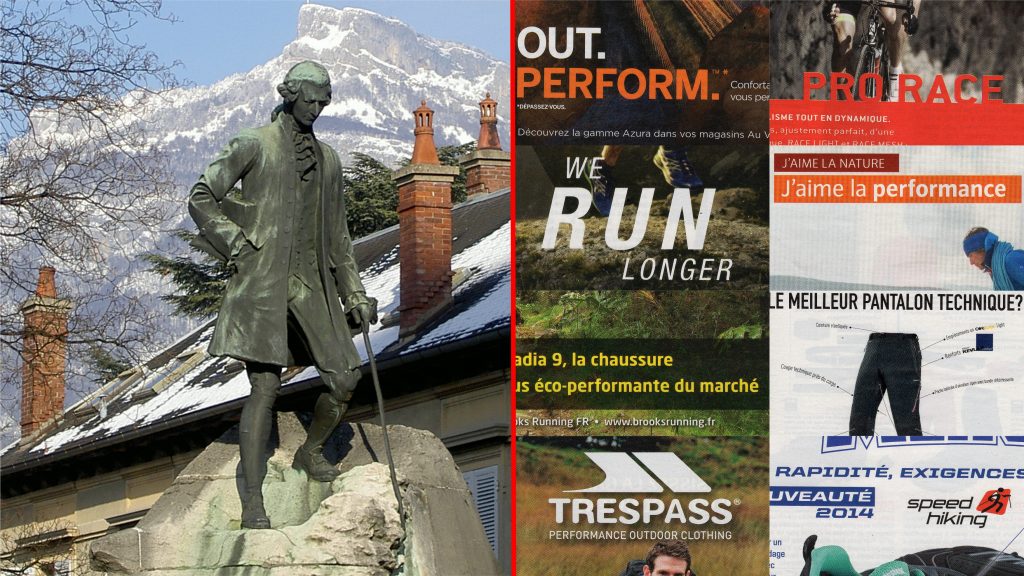 The 1980s reflected, through the social representation of « excellence », the cult of performance. Adventurers, conquerors and champions are celebrated as heroes; the fact remains that the search for a victory involves the looking for a conflict. Therefore, to break free of social pressure, this near-obsession with performance is gradually replaced by a search for well being, communion with nature (in outdoor sports), and constant search for a form of meditative serenity, what Gilles Lipovetsky appoint lightness.

« The opportunity was certainly nice for a dreamer who, used to food with pleasant chimeras […] could be full at ease by making them compete with all that really struck his senses. « .
Jean-Jacques Rousseau, Sixth hike

During his walker’s reveries, Jean-Jacques Rousseau has many times experienced this state of lightness, lying face to a virgin and wild nature. In this light and simple dynamic I find the inspiration to finally free nature activities of the oppressive obsessions of performance.

In summary, Immersion versus Performance:

« The more we have returns of those who experience it, the more a feeling expresses itself: one can discover or rediscover a different way to approach the mountain and live deeply pleasant and rich. We can especially see, learn, feel, immerse yourself in the mountain nature have a different practice and feel a lot of well-being, taking some distance with the constant back and forth.  »
(Fredi Meignan, President of Mountain Wilderness and caretaker of the refuge Promontory).

« We must change our approach. My conception of the mountain is an immersion in the short-long. No matter performance, high quotations, schedule… Berhault style travels, this is an alternative practical, but exhilarating!  »
(Yann Borgnet young mountaineer committed to the preservation of mountain areas).

« Who can speak better of the mountain than the wind in the trees, the birds singing or the thick silence of the snow?… To know it, we need a long walk in it’s solitude or sleeping on it, or read old crazy poems like Han Shan !  »
(Coralie Berhault-Creuset, daughter of the first climber to promote a trip without racing against the clock).

Back to the roots

At a time the sport did not exist. The fact of moving in nature did not claim special pretext, nor the respect accorded to the earth. When industries are facing the ecological and sociological crisis, forcing us to redefine the « progress » concept, I propose to grant a place to the study of past foreign cultures. Probing the memory of our predecessors strength to admit that contemporary West has much to learn of « forgotten people », especially on current topics such as human and nature report. This study take about the first Japan religion: primitive yamatoi Shintoism. 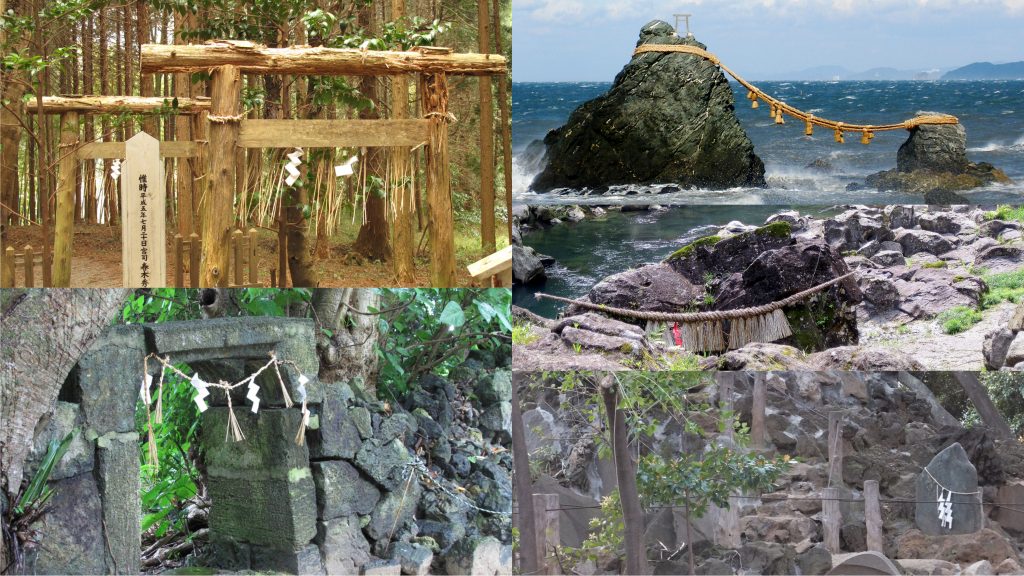 A balance between natural phenomenons and “human nature”

While it is true that the cult is so strongly present on the archipelago that it still animates all its culture, it should be noted that it is non-dogmatic and fact can not be called a religion.1 Let’s say that Shinto is defined as a way of life whose main objective is to maintain a balance between the phenomenons of nature, material or immaterial (such as the sound of rustling leaves, or tortured appearance of a gnarled root), which are then supposed to be administered by « Kami », « superior » spirits (understood in the sense that they are beyond human nature) and what we could call « human nature » (understood as « what the human mind is capable to understand as a rational phenomenon « ).

In a quest for testimony of respect for nature, Shinto invest the countryside in a particularly subtly way, with the sanctuary. All phenomenons that could inspire respect, fear or admiration, were potentially the subject of a cult, but they originally weren’t architectural sanctuaries. The ancient Shinto was sufficient a few symbolic objects to build a natural and spontaneous sanctuary whenever the needs was felt2. Today the torii, kind of large door or gate, symbolizes the entrance to a shrine. The shinmei is a straw rope wound on itself, it symbolizes the sanctified spirit of the place. The gohei, paper strips cut as zigzag, are a formal representation of the soul of the Kami, the spirits behind the observed phenomenon.

This creation step is based on the reinterpretation of two typical objects of hiking:

A Two-times form of pilgrimage

From this analysis it is possible to imagine a kind of « pilgrimage » experience that would take place in two stages.

Walking in a natural space to discover the hidden beauties: the phenomenons that inspire respect, which could be easily, in the context of a sport, missed. Erecting a shrine close to an interesting place to announce its existence and its peculiarities to future passers-by.

Taking a break in this place that is dear to us, sitting, taking the time to look around. On the way back, taking a few elements of nature, in memory of that experience.