A restaurant’s interior architecture which make possible to its customers to smoke inside, inspired by opium dens of Asia of the last century.

Since 2006, the law constrain smokers to leave their places of restoration to devote to the daily pleasures of the tobacco. Piled up on pavements, at the entries of restaurants, they curse the impossibility of smoking in an uncomfortable place. However the law is clear on the subject; the sites booked with the consumption of tobacco must be closed rooms, and respect the following standards: to be equipped with an air extraction device independent of the ventilation system of the building, must be equipped with automatic closings, must have a surface most equal to 20% of the total surface area of the establishment without exceeding 35m2, and no service can be delivered inside.

Some irreducible smokers continue to smoke in underground places, in a manner that certain could call the clandestine one, such as the opium smokers of the last century! Whereas the law prohibited the smokers from smoking in a closed public space, how, without infringing the law, allowing the smokers to benefit of a place of restoration and relaxation which leave them free to smoke? 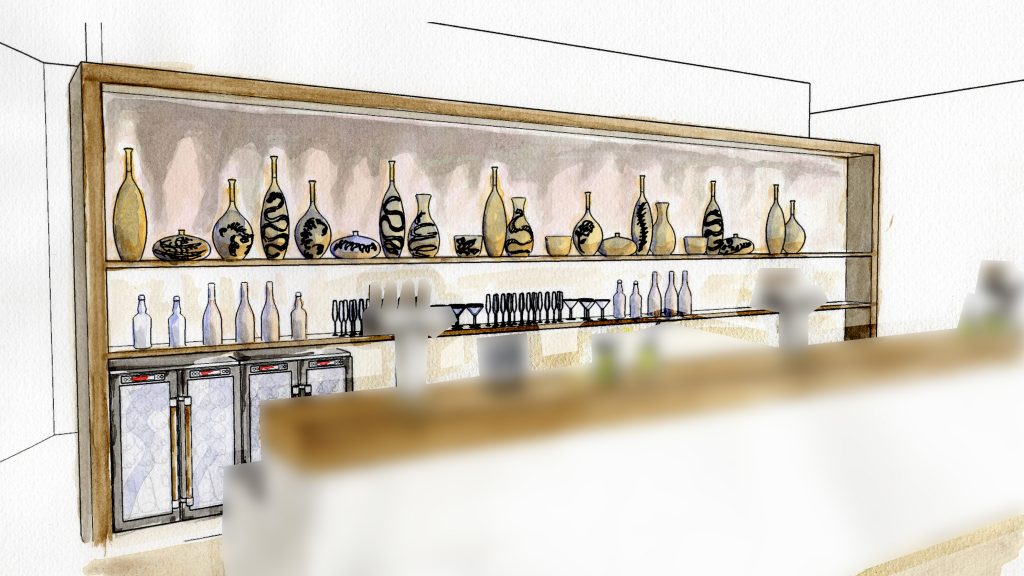 A country which cultivated opium a long time, and which does not escaped from the rise to power of opium dens at the beginning of century.

The opium dens remained in the memories like a debauchery place with attractive power.

The world of the night, the interdiction, at the same time frightening and attractive.

The “Lounge” term means “living room”. A lounge bar or restaurant is recognizable by its cosy and purified style.

Is clandestine every place which, in one way or another, infringed or circumvents the law.

Architecture use the lines of pre-existent space. After passing the cloakrooms, the consumers settle in one of the smoking-rooms and place order in the “exchange zone” where, not to contravene the law, on a side are served the clean dishes and other are withdrawn the dirty dishes. The payment is also carried out there, so that the service never takes place in the smoking-rooms. A bar is made for the non-smokers.

Behind the bar are laid out exotic alcohol bottles, in which scorpions, snakes and other creatures soak as in a cabinet of curiosities, a current scene in Laos. The bar itself comprises an acrylic resin trunk (glass imitation), which let see lines of false candles, a glance alleviating and intimacy on the place. The principal corridor is decorated with a suspended ceiling which diffuses an indirect filtered light, itself encrusted with yellow leds to imitate a starry sky. The more we progress towards the entry of the smoking-rooms, the more the suspended ceiling presents leds.